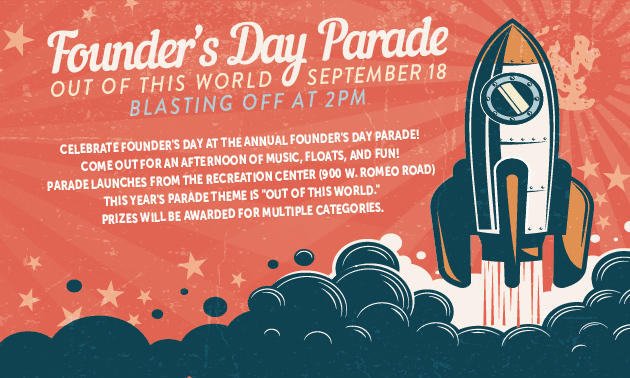 Come out for an afternoon of music, floats, and fun!

This year's parade theme is "Out of this World"

Prizes will be awarded for multiple categories.

WANT TO BE A PART OF ALL THIS ACTION?  FILL OUT A PARADE ENTRY FORM!

All entry forms must be submitted no later than Sunday, August 28, 2022. Late applications will not be accepted.