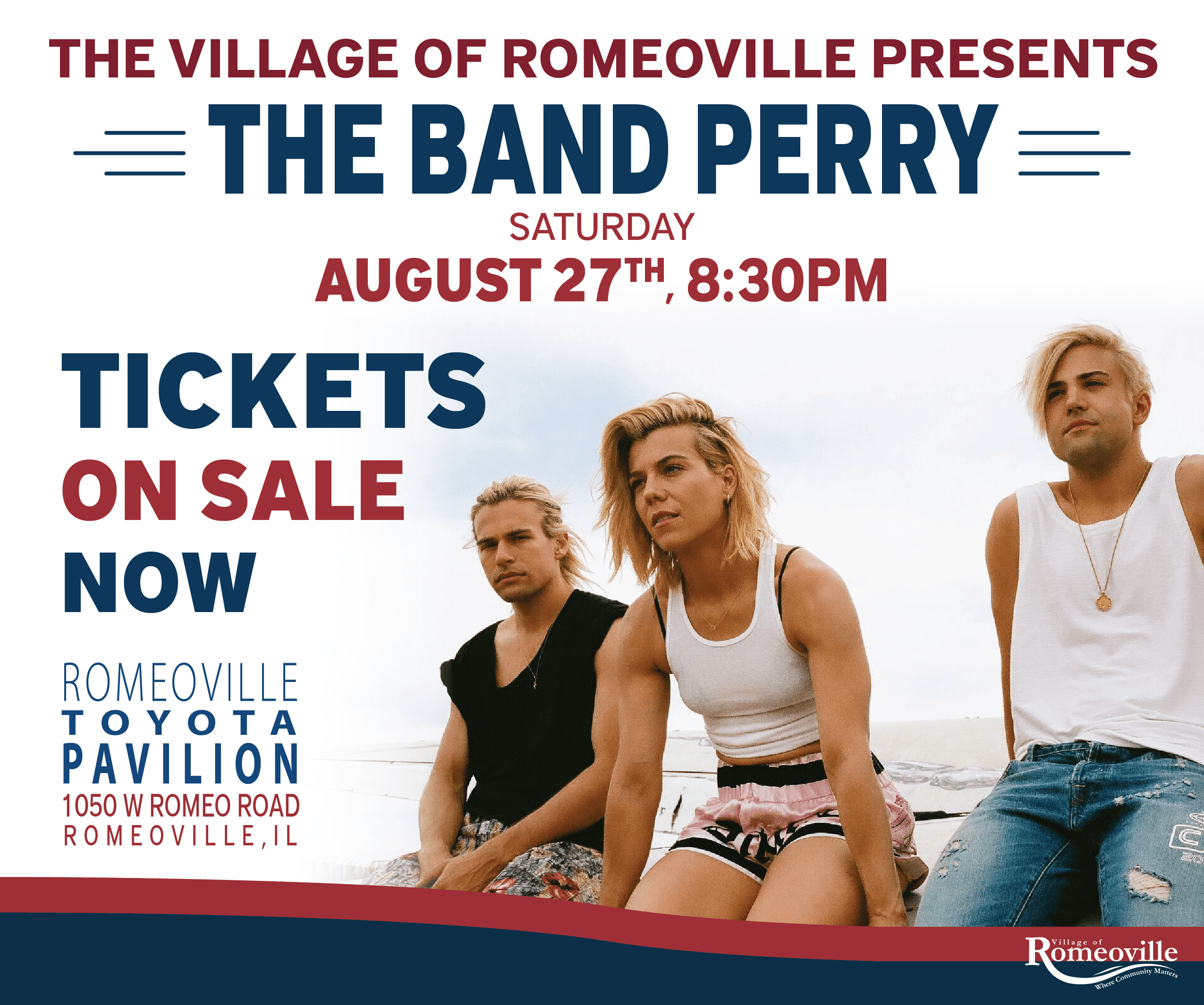 If purchasing tickets as a Guest, your tickets can not be reprinted.  So please save them to your device or print them and keep them in a safe location.

Concert open to all ages. Everyone 3 years and older must have a ticket for entry. Children 2 years and under are free and must be accompanied by a ticketed adult (no strollers or wagons). All ticketed areas are general admission. Gates open at 5:00PM and all seating will be on a first come, first serve basis based on the type of ticket purchased. Some areas have obstructed viewing.

Everyone who purchases tickets will receive an email with additional details pertaining to the event and parking prior to the concert.

No outside food or beverages allowed. There will be food and beverage available for purchase. Cash is encouraged as not all vendors accept credit cards.

The Band Perry to Perform at the Romeoville Toyota Pavilion

ROMEOVILLE, IL - The Village of Romeoville is excited to announce that the Grammy® Award-winning superstar sibling trio, The Band Perry, will be performing at the Romeoville Toyota Pavilion at Deer Crossing Park on Saturday, August 27th, at 8:30 p.m.

An unstoppable presence in modern music, The Band Perry has sold two and a half million albums, and thirteen million singles, and has racked up over 2 billion combined streams of their songs. Since releasing their groundbreaking crossover #1 single “If I Die Young” in 2010 (with its current septuple-platinum status and over 200 million video views), The Band Perry has forged a unique identity and built an international fanbase leading to sold-out world tours, five No.1 singles on the Billboard Country Chart, a No. 1 single on the Hot AC charts, six songs reaching gold or platinum status, and in 25, bringing home their first Grammy® Award.

“We are thrilled to be able to bring a big-name band like The Band Perry to Romeoville,'' said Mayor John Noak. “Our summer concerts bring the entire community together and this concert is going to be the perfect summer send off.”